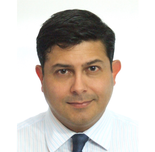 He served his pupillage at Allen & Gledhill, a leading law firm in Singapore and then  worked there doing corporate, trust and commercial work including arbitration. He then moved to KhattarWong & Partners doing similar work there and after that was a consultant in the negotiation and acquisition of oil and gas concessions in Indonesia in a joint venture arrangement on behalf of Malaysian royal interests in partnership with Brunei royal interests, Canadian Occidental Petroleum Ltd, one of the largest Canadian multinational oil companies and with private Indonesian oil companies and State agencies before setting up the firm in 1996.

He has argued as lead counsel in litigation at all levels in the then Subordinate Courts (now State Courts), the High Court and the Court of Appeal, Military Courts, Statutory Tribunals, tribunals constituted by bodies such as the Malayan Racing Association (M.R.A) Strata Title’s Board, Singapore, disciplinary tribunals constituted by the Law Society of Singapore and other tribunals and has worked with Queen's Counsel in London, New Zealand and Australia and President’s Counsel in Sri Lanka. He is active in arbitration and mediation including recently acting for foreign State owned companies in arbitration and arbitration related litigation in the Singapore Courts, in shareholder disputes as well as in a variety of commercial disputes including international investments, employment, insolvency and trust litigation.

He has also spoken at various legal events and seminars over the years, including organised by the Law Society of Singapore, most recently moderating a talk on mediation in 2019.

Recent cases include acting for a China Respondent party in a claim by a Singapore listed company as regards a contractual and intellectual property dispute in SIAC Arbitration No. 49 of 2015 before a single arbitrator with two (2) Chinese law expert witnesses that proceeded for an arbitral hearing on the merits for four (4) days in late 2015 as well as for decision and review before the China Trademark Tribunal where client succeeded on both occasions and also worked with Chinese counsel on resisting enforcement proceedings of the arbitral award in Liaoning, North China.

Instructed in 2016 as Singapore Counsel in an ICC arbitration with three(3) arbitrators in ICC case No. 21266/CYK with hearing dates in late 2016 and early 2017 by a State owned company in Sri Lanka concerning a multi-million Euro dispute over a contract granted by previous government appointees of the company to an Italian concern over the interior decoration and fitting-out of the Grand Hyatt Hotel in Colombo, Sri Lanka and as the lead counsel in setting-aside proceedings in the High Court in Singapore in OS/1238/2017 in 2018.

Instructed in 2017 as lead counsel by a State-owned company in Sri Lanka to apply to set aside in the High Court, Singapore a default SIAC arbitration award (dissented to by Chan Sek Keong, former Chief Justice of Singapore) that went to the Court of Appeal in CA 240/2018 which was heard in January 2019 and where Judgment was awarded in Appellants clients favour in May 2019 where an SIAC award was set aside with costs where clients did not substantively participate in the Arbitration and where a settlement agreement was given effect to.

Acted for a client in construction/management contracts for the building and construction of a service apartment/hotel complex in Yangon, Myanmar in 2019.

Appointed a Nominee in 2019 under the Bankruptcy Act, Singapore to administer an individual voluntary arrangement where claimed debts owing to creditors both local and foreign exceeded S$400 million and was then adjudicated downwards to some S$243 million and where the majority of the creditors voted in favour of the scheme of arrangement which was then challenged in the High  Court and appealed in 2020 and 2021.

In 2020 and 2021 acted for the head of a major financial services instituition in a dispute in a High Court action that resulted in a successfully mediated settlement in favour of the client and also advising/pursuing an international investment claim against an Indian national leading to international arbitration with SIAC and eventual successful resolution in favour of the client where a settlement sum was to be paid to the client with shares held under a share pledge as security.